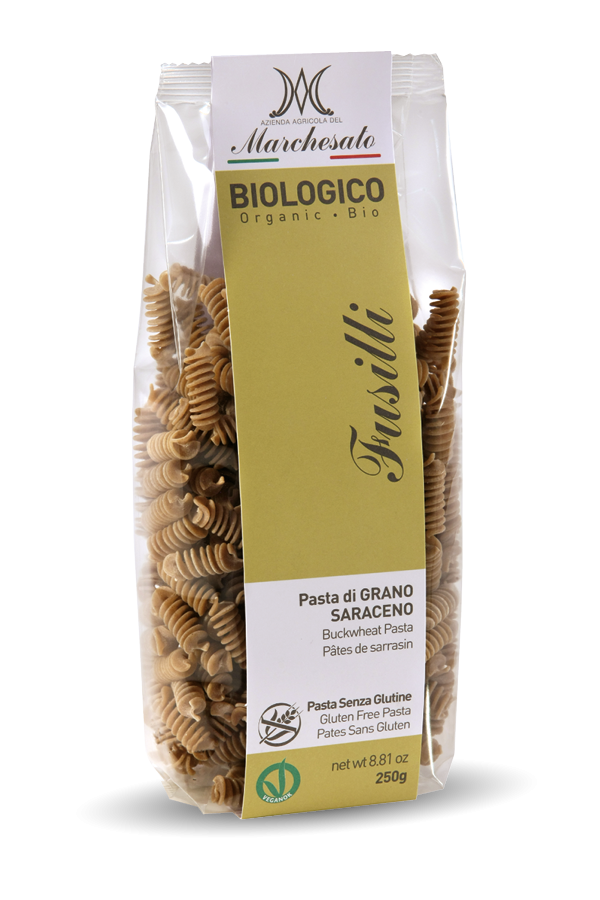 Buckwheat flour has regained the place of honor it had generations ago, since meeting the Marquisate, who has always preferred good natural ingredients to make his products. Pasta with buckwheat flour from the Marchesato offers all housewives the opportunity to make dishes from great chefs. The incredible taste of buckwheat pasta goes perfectly with any seasoning. The added value is offered by the Marchesato, with its organic flour and its recipe completely free of ingredients of animal origin. Pasta del Marchesato is gluten-free, tasty, nutritious and healthy, suitable for satisfying the nutritional needs of the whole family.

The good of buckwheat pasta
You can't say you've eaten buckwheat pasta until you've tasted Marquisate pasta. Pasta with buckwheat flour from the Marchesato stands out for its color, aroma and perfect texture. This pasta holds cooking perfectly and is very porous, so it binds to the sauce and holds it from the plate to your mouth. You can already feel the taste that pervades your palate, eating Marquisate pasta is an incredible sensory experience. These characteristics are the result of the production of pasta according to strict quality standards, careful right from the choice of ingredients. For the Marchesato we only use flours of biological origin. The pasta is bronze drawn, drying is slow and at low temperatures. Ours is no secret, because we only re-propose the traditional production of good pasta, enhancing the rustic taste of buckwheat.

Why buckwheat flour
Buckwheat is a cereal that contributes to the well-being of the whole body and is really pleasant to eat. Many food and gastronomic products are made with buckwheat flour. Buckwheat pasta from Marchesato stands out for its excellent flavor and perfect texture.

At the table with the Marquisate
Pasta with buckwheat flour from the Marchesato is the most traditional of the range. The recipes that can be made with buckwheat flour pasta are many, thanks to its taste that goes well with each ingredient. Surely you are thinking that you can replicate the Valtellina pizzoccheri recipe with cabbage and cheese, and you are not wrong. We offer you an equally delicious alternative: buckwheat pasta with radicchio cream and pancetta. The realization is very banal, skipped the pancetta, add the radicchio cut into julienne strips and let it dry. The pasta is blown up and at the end it is mixed with the cream. Isn't your mouth watering already with this recipe for Marquisate buckwheat fusilli? 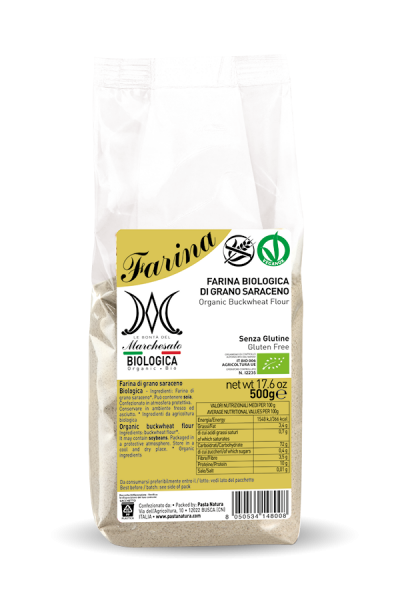 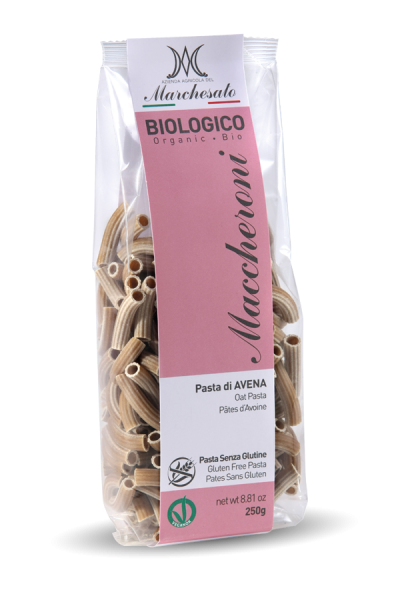 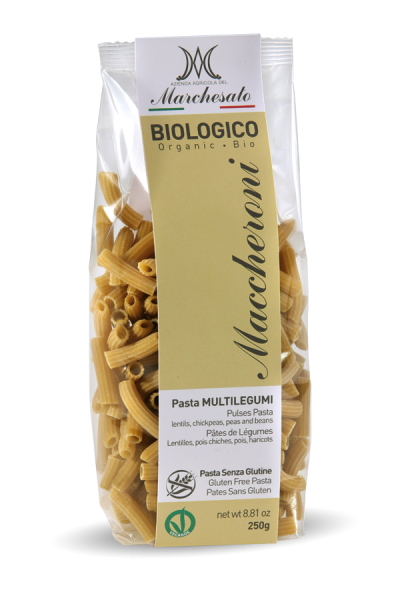 BACK TO PASTA
GO TO FLOURS
GO TO FRUIT